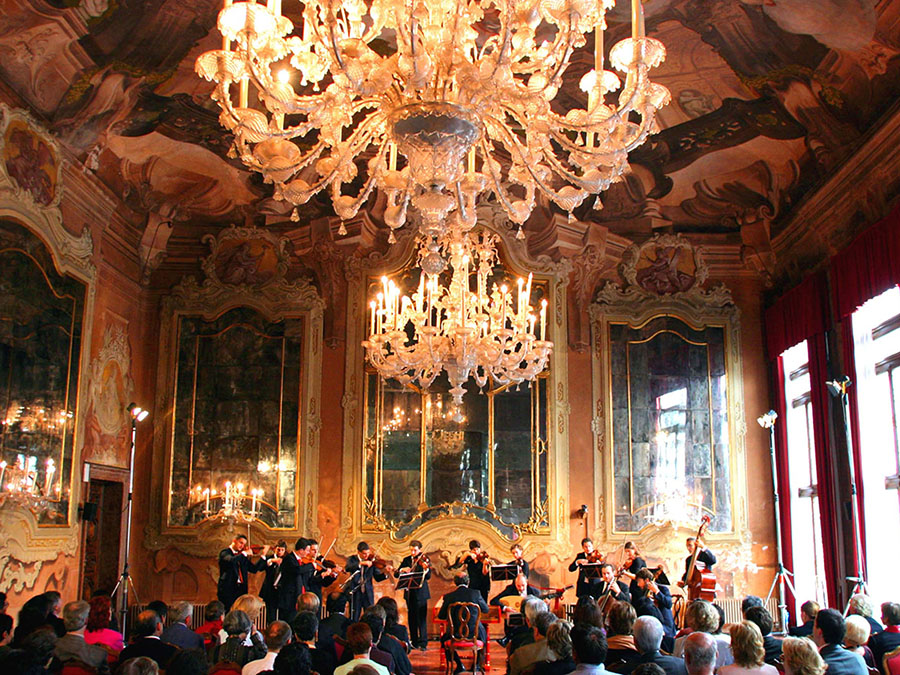 The Milwaukee area always has a great selection of performances to choose from, but we were particularly excited to see that the Venice Baroque Orchestra (VBO) is coming to town on February 17 at 8pm. The Sharon Lynne Wilson Center for the Arts in Brookfield welcomes one of the very finest period instrument ensembles for its first Milwaukee-area performance in more than five years. Founded in 1997 by Baroque scholar and harpsichordist Andrea Marcon, the Venice Baroque Orchestra is committed to the rediscovery of 17th- and 18th-century masterpieces. Under Mr. Marcon’s leadership, VBO has given the modern-day premieres of Francesco Cavalli’s L’Orione; Vivaldi’s Atenaide, Andromeda liberate; Benedetto Marcello’s La morte d’Adone and Il trionfo della poesia e della musica; and Boccherini’s La Clementina. Highly unusual for a Baroque ensemble, in its 2013-2014 season, VBO premiered a major contemporary work in the U.S., Philip Glass’s violin concerto, The American Four Seasons.

To purchase tickets to this performance, you can visit www.wilson-center.com or call 262-781-9520.