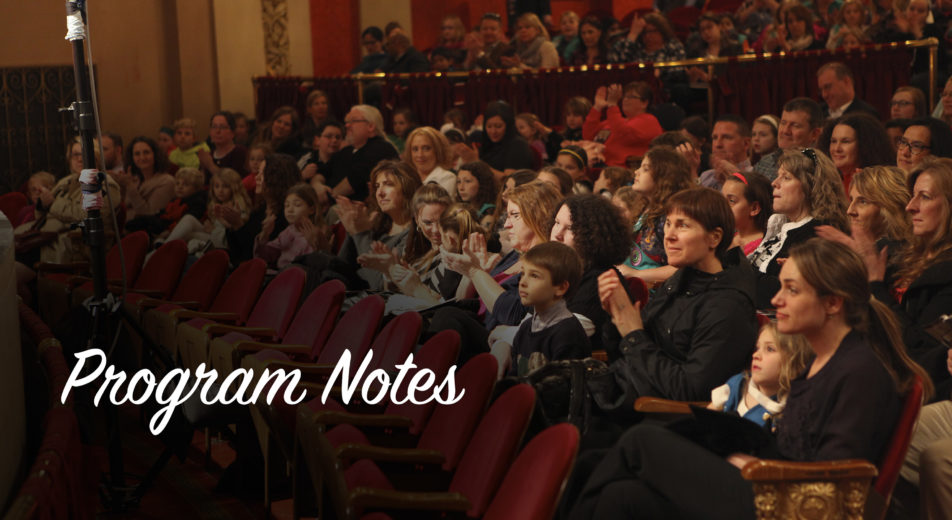 A revered mid-20th-century English composer, Walton celebrated the spirit of his homeland with music of rhythmic drive, contrapuntal textures, brilliant orchestration and long melodic lines. He produced music in virtually all instrumental forms and was particularly successful in creating dramatic music for stage and screen.

Walton created music for fourteen films, the present work was drawn from his music for the 1942 film The First of the Few. (“Spitfire” was the name of the compact British fighter plane in use during the World War II era.) Walton begins with fanfare-like music that prefaces a rousingly patriotic march. The energetic Fugue is contrasted by a tranquil middle section before counterpoint returns to complete this concise eight-minute curtain-raiser.

Teton Range, from All Things Majestic

Pulitzer Prize-winner Jennifer Higdon (b. Brooklyn, NY, December 31, 1962) is one of America’s most acclaimed and most frequently performed living composers. Higdon is a major figure in contemporary Classical music, receiving the 2010 Pulitzer Prize in Music for her Violin Concerto and a 2010 Grammy for her Percussion Concerto. Higdon enjoys several hundred performances a year of her works, and blue cathedral is one of America’s most performed contemporary orchestral works, with more than 600 performances worldwide since its premiere in 2000. Her works have been recorded on over four dozen CDs. One of Higdon’s most current projects is an opera based on the best-selling novel,Cold Mountain, by Charles Frazier. It was co-commissioned by Santa Fe Opera, Opera Philadelphia and Minnesota Opera in collaboration with North Carolina Opera. Higdon recently won the International Opera Award for Best World Premiere. Higdon holds the Rock Chair in Composition at The Curtis Institute of Music in Philadelphia. Her music is published exclusively by Lawdon Press.

Higdon explains that All Things Majestic “is a tribute to not only the Festival and its home, the Tetons, but also to the grandeur and majesty of all of our parks.”

The first movement, Teton Range, gives prominence to brass and winds while suggesting glimpses of the Snake River flowing near the mountains’ base.

Suite from The Tender Land

Commissioned by Richard Rodgers and Oscar Hammerstein II for the thirtieth anniversary of the League of Composers, Copland’s three-act opera, The Tender Land, was composed between 1952 and 1954. It was first performed by the New York City Opera Company under the direction of Thomas Schippers at New York’s City Center on April 1, 1954.

Since writing The Second Hurricane in 1936-37, Copland had been looking for a suitable libretto upon which to create another opera. He found his inspiration in the book, Let Us Now Praise Famous Men, by James Agee and Walker Evans. Among the book’s images of life in rural Alabama, a photograph of a young and an old woman caught Copland’s fancy. “There was something so full of living and understanding in the face of the older woman,” he recalled, “and something so open and eager in the face of the younger one, that I began to think that here was the basis of an idea.” With general guidance from the composer, Horace Everett subsequently produced the opera’s libretto.

Before the first performance, Copland shared the following with the New York Herald Tribune: “The opera takes place in the mid ‘30s, in June, spring harvest time. It’s about a farm family—a mother, a daughter who’s just about to graduate from high school, a younger sister of ten, and a grandfather. There’s big doings in the works—no one in the family has ever graduated before, and a whopping party is planned for the occasion.”

In 1955, Copland revised his new opera from a two- into a three-act opera; in this form, it was premiered at the Oberlin Conservatory on May 20, 21, 1955. The following year, the composer also extracted an orchestral suite from his materials. The Suite begins with the third act’s introduction then continues with the love duo. Rural exuberance abounds in a final excerpt with music of a graduation party scene.

Dvorák’s Symphony No. 8 exudes a sense of warmth and relaxation; its bountiful melodies, like wildflowers, are so beautiful in themselves that they seem to require no further development. Having just begun to gain long-overdue recognition, Dvorák was in his vintage years when he began this symphony on August 26, 1889, a period of relative calm and reflection. Completed on November 8, 1889, the symphony is dedicated “To the Bohemian Academy of Emperor Franz Josef for the Encouragement of Art and Literature, in thanks for my election.”

Dvorák’s expression, in this case, found itself with a multitude of full-blown themes that did not lend themselves to “symphonic” development. Dvorák was in good company, for both Schubert and Tchaikovsky wrote lovely, flowing themes that led to the same predicament in the eyes of purists. Those who felt that a “real symphony” had to be cast in the classical forms with emphasis upon development, considered this work to be inferior; perhaps a suite or a serenade, but certainly not a symphony. These commentators had overlooked a basic artistic premise: expression gives rise to form, not vice versa. The essence of this work was beautifully expressed by one of the composer’s Czech biographers: “This symphony is not profound; it awakens no echo of conflict or passion. It is a simple lyric singing of the beauty of our country for the artist’s consolation.”