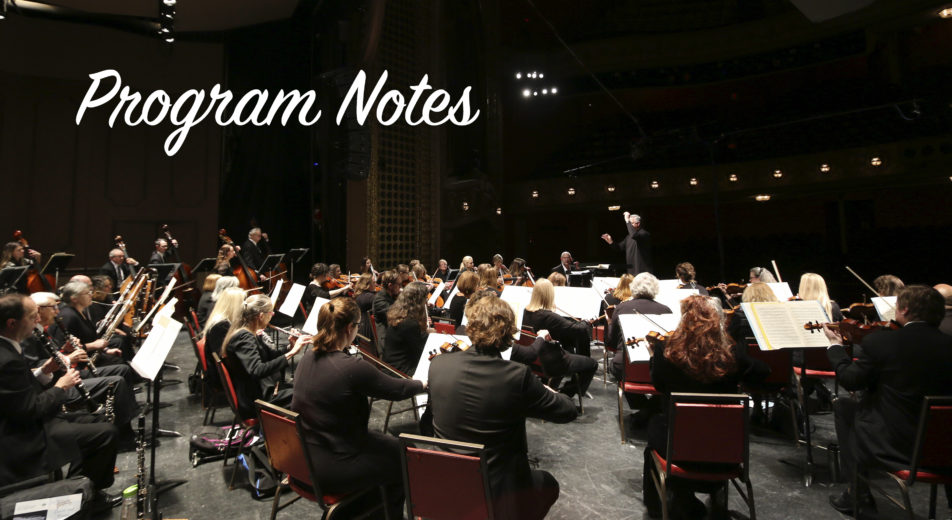 Quintessentially French, Fauré’s compositional style is particularly refined. His music, often said to be the reflection of French civilization in sound, demonstrates not only his artistic restraint, but also the unique qualities of his harmonic and melodic schemes. As an innovator, he infused his style with the classic spirit of ancient Greece and was writing impressionistically twenty years before Debussy.

The sixth child of an impoverished schoolmaster, Fauré spent the first four years of his life with a foster mother. At the age of ten, he was accepted as a free boarder at the Ecole Niedermeyer in Paris. During his ten years at the school, Fauré had the opportunity to study with Saint-Saëns while gaining an excellent musical and general education.

For years, Fauré composed and worked as an organist in various small French towns. In 1896, he became the chief organist at the Madeleine and was appointed professor of composition at the Paris Conservatory. Nine years later he became the director of that famed school. Aaron Copland wrote about this period of Fauré’s life in his book, Our New Music: “It is true, of course, that Fauré’s influence was confined almost exclusively to France. Nevertheless, as he was head of the Paris Conservatory for fifteen years and the teacher of Ravel, Florent Schmitt, Roger Ducasse, Nadia Boulanger, and many other leading figures in French musical life, his artistic principles gained broad circulation.”

One of his few orchestral works, the Pavane is a product of 1887. The work’s elegiac mood likely arose from Fauré’s grief over the death of his father, an event contributing to the creation of his Requiem in the same year. The relationship of these two works is somewhat more apparent upon hearing the original scoring of the work with ad libitum chorus (it is only rarely heard in this form). In three sections, the Pavane is based upon the melody first set forth by solo flute. A “pavane” is a dance form derived from a solemn courtly dance of early 16th-century Spain… a dance imitating the haughty gait of a peacock (pavo).

But the simple beauty of color arises, when light, which is something incorporeal, and reason and form, entering the obscure involutions of matter, irradiates and forms its dark and formless nature. It is on this account that fire surpasses other bodies in beauty, because, compared with the other elements, it obtains the order of form: for it is more eminent than the rest, and is the most subtle of all, bordering as it were on an incorporeal nature.

A pinnacle of musical impressionism was achieved by Debussy’s iridescent Nocturnes of 1897-1899. His amorphous textures with points of light have been compared with the art of Whistler, most particularly Whistler’s own “Nocturnes.” However, an actual relationship between these two sets of “Nocturnes” had to remain in the realm of conjecture until the recent discovery of a letter from Debussy to the violinist, Ysaye. In this letter of September 22, 1894, Debussy revealed that the present work “…is in fact, an experiment in the different combinations that can be achieved with one color–what a study in grey would be in painting.”

This same letter also shed new light on the origin of the Nocturnes; it seems that, in 1894, Debussy originally conceived it as a work for solo violin and orchestra. The letter indicated that he was planning to use strings in the first movement, three flutes, four horns, three trumpets and two harps in the second, and a combination of his forces in the last. Two years later, Debussy wrote again to Ysaye and threatened to abandon the project if the violinist would not agree to play the first performance in Brussels. Apparently, the two musicians never came to an agreement, for nothing more was ever said about the violin solo version of the Nocturnes. The orchestration that Debussy had mentioned to Ysaye in 1894 remains evident in the final version of the work; it would seem that Debussy merely realized his compositional sketches differently after giving up his original concept.

The first two sections of the work were first performed at the Concerts Lamoureux on December 9, 1900. Sirenes, the final section of this triptych, was added later; the Nocturnes were first heard in their entirety as part of the same concert series on October 27, 1901. Although Debussy felt that a composer’s explanations frequently served to “destroy the mystery,” he did make the following comments about the work that initially established his reputation as a composer:

The title Nocturnes is to be interpreted here in a general and, more particularly, in a decorative sense. Therefore, it is not meant to designate the usual form of the Nocturne, but rather all the various impressions and the special effects of light that the word suggests. Nuages renders the immutable aspect of the sky and the slow, solemn motion of the clouds, fading away in grey tones lightly tinged with white. Fetes gives us the vibrating, dancing rhythm of the atmosphere with sudden flashes of light. There is also the episode of the procession (a dazzling fantastic vision) which passes through the festive scene and becomes merged in it. But the background remains persistently the same: the festival with its blending of music and luminous dust participating in the cosmic rhythm. Sirenes depicts the sea and its countless rhythms and presently, amongst the waves silvered by the moonlight, is heard the mysterious song of the Sirens as they laugh and pass on.

Although the opening melodic curve of Nuages is a literal reiteration of Mussorgsky’s song, Sunless, and Fetes bears more than a passing resemblance to passages in Gustave Charpentier’s opera, Louise, Debussy’s Nocturnes remains a highly original work of art. His use of a wordless women’s chorus in Sirenes, vague harmonies, parallelisms, and subtleties of orchestral sonority all served to establish Debussy as the creator of a shimmering new world of musical expression.

Suites 1 and 2 from the Incidental Music to L’Arlesienne

Shortly before setting to work on his immortal Carmen, Bizet became involved in Carvalho’s plans to revive the moribund form of the melodrame at the Vaudeville. The vehicle for this interweaving of drama and music was Alphonse Daudet’s L’Arlesienne (“The Woman of Arles”). Limited by budgetary considerations to an orchestra of twenty-six players, Bizet rapidly composed a masterful score enhancing the dramatic action both efficiently and economically. When the first play of the season was suddenly censored, L’Arlesienne was quickly prepared and presented as the season opener on October 1, 1872. Despite the merits of this Parisian production, it was received apathetically by the audience and ignored by the music critics; it closed after twenty-one performances to largely empty houses. Ten years after Bizet’s death, the production was given a very successful revival and entered the permanent repertoire of the Odeon Theater in Paris.

Daudet employed an interesting theatrical device in this play; the Woman of Arles never actually appears on stage, but her presence is constantly perceived. The story revolves around the inner conflict of Frederi, a Provencal farm boy who has fallen in love with a worldly girl from the neighboring town of Arles. When he becomes aware that she is the mistress of a local tough, his mental stability is shattered. One of the most affecting sections of the play is the point at which the bereft lover discusses his disillusioned love with his retarded brother, who is referred to as “L’Innocent.” In an attempt to help him regain his senses, Frederi’s mother arranges a marriage with his childhood sweetheart, Vivette. However, on the eve of his wedding, he chances to meet the paramour of L’Arlesienne; Frederi becomes so depressed that he kills himself by jumping from the loft of a barn. At the very end of the production, the younger brother is miraculously restored to his senses; thus, the mother who has just been deprived of a son, suddenly regains another.

Although this tale might appear to be the product of an overheated romantic imagination, it was actually based upon a real tragedy; a few years before the writing of L’Arlesienne, a young relative of the Provencal poet, Frederic Mistral, committed suicide because of his frustrated passion for a woman of Beziers. Daudet wrote L’Arlesienne in 1869 at his Champrosay home, which, interestingly, was previously owned by the famed painter, Delacroix.

Although Bizet was disappointed with the reaction to his effort, a number of musicians, including Massenet, were very encouraging. Within a month of the staged production, Bizet extracted four of the twenty-seven pieces for a Pasdeloup concert on November 10th. This concert suite, later known as L’Arlesienne Suite No. 1, was enthusiastically received. The first section, Prelude, utilizes an old Provencal Christmas song entitled Marcho dei Rei (“March of Kings”), upon which Bizet created four variations. The movement continues with musical portraits of the two brothers; “L’Innocent” is characterized by a pastoral section with alto saxophone solo; the star-crossed Frederi is suggested by an impassioned episode for strings.

The Menuetto (originally called “Valse-Minuet”) was designed to suggest “the tender and resigned affection of Balthazar and Mere Renaud [the mother of the two boys],” who found each other again after renouncing their love fifty years before. A dialogue of the old lovers was accompanied by a sensitive Adagietto for muted strings. “It creates an atmosphere of tenderest reminiscent love,” wrote Charles O’Connell. “Like a bit of old lace, a faded photograph, or a cherished memento of the past, this hauntingly beautiful melody has a curious pathos that touches even the most unsentimental.”

The finale of the suite is entitled Carillon. In this scene of a peasant celebration of the Feast of St. Eloi, the French horns provide the sound of tolling bells against a foreground of a vivacious dance tune. Woodwinds intone a quiet interlude before a final return of the bells and the peasant dance.

Between 1876 and 1879, the French composer, Ernest Guiraud, created a L’Arlesienne Suite No. 2 from the music of his late friend. He began with a Pastorale, a musical cameo of this bucolic tragedy. Now entitled Intermezzo, the second movement is a somewhat expanded version of what was originally an entr’acte; an impassioned dialogue between strings and woodwinds leads to a fervent melody that is sometimes known as an Agnus Dei. A sensitive flute solo dominates the Minuet, which was borrowed for this suite from Bizet’s opera, La Jolie Fille de Perth (1866). The most famous section of this suite is the final Farandole, an arrangement of Nos. 22-24 from the incidental music. Prefaced by the Marcho dei Rei (“March of Kings”), this vital Provencal dance ensues; the two melodies ultimately join in counterpoint as the music whirls to its conclusion.