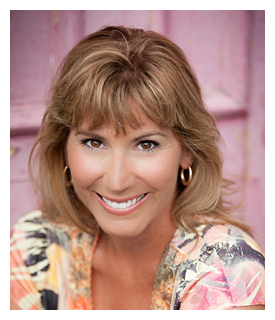 We are pleased to have Kathy Pyeatt for our Symphony Sundays season finale, “Bigger Is Better.” She will guest perform in Richard Strauss’s “Four Last Songs.”

A nationally acclaimed soprano, Pyeatt has recently sung the title role in Tosca with the Asheville Lyric Opera, Bryan (TN) and Springfield (MO) Symphony Orchestras where critics have hailed her as a “greatly talented individual…making the role seem as if it was made for her”. Other recent performances include her debuts with Opéra Louisiane as Rosalinda in Die Fledermaus, Winter Opera St. Louis as Alice Ford in Falstaff, and a return to Asheville Lyric Opera for Donna Elvira in Don Giovanni. A local favorite in Milwaukee, Kathy’s memorable performances here have included numerous roles with the Florentine Opera, where she was recently featured as the show-stopping autocratic Lady Billows in Albert Herring and with Skylight Opera Theatre, where her performances include Flora (Fiordiligi)in Cosi Fan Tutte, Constanza in The Abduction from the Seraglio, and the Mother in Hansel & Gretel. On the local scene Kathy has also appeared as a soloist with the Concord Chamber Orchestra, Festival City Symphony, Bel Canto Chorus, Fox Valley Symphony, Racine Symphony Orchestra, Milwaukee Chamber Orchestra, Kenosha Symphony, Rockford Symphony Orchestra and others. 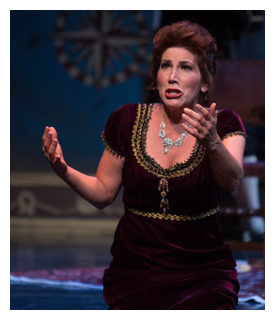 Kathy’s versatile acting, intelligent singing, and “impeccable voice” (Waukesha Freeman) have garnered warm praise from the press everywhere. The Chicago Tribune proclaimed her a “genuine triple threat.” The Milwaukee Journal Sentinel noted her voice’s “richness and elegance…attuned to every harmonic and emotional nuance.” Pioneer Press described her stage persona as “passionate in the extreme.” The Springfield News-Leader hailed her “warm and luscious” voice.

Upcoming Kathy will returning to the Milwaukee Opera Theatre as Diane Samuels in the world premiere of Thank You, Next, and to Rockford Symphony for Strauss’ Four Last Songs.

Ms. Pyeatt has been a top prize winner in numerous competitions, including the District and Regional levels of the Metropolitan Opera National Council Auditions, the MacAllister Awards and the National Association of Teachers of Singing. When Kathy is not on stage singing you can usually find her backstage. She is currently serving as Director for the Wisconsin District Metropolitan Opera National Council Auditions, and is the President for SOS, Supporters of Opera Singers, Inc., a nonprofit arts organization aimed at promoting and supporting young opera singers. She has also served as the Education Consultant for the Opera Company of North Carolina in the building of their new Educational Outreach and Young Artist Program.

In her spare time you might find Kathy hiking, golfing, scuba diving, skiing, sailing, or fostering dogs. Her favorite pastime is hanging out with husband, daughter, and naughty chocolate Labrador Mocha, in their 100+ year old late Victorian farm home they all restored together in Cedarburg, Wisconsin.