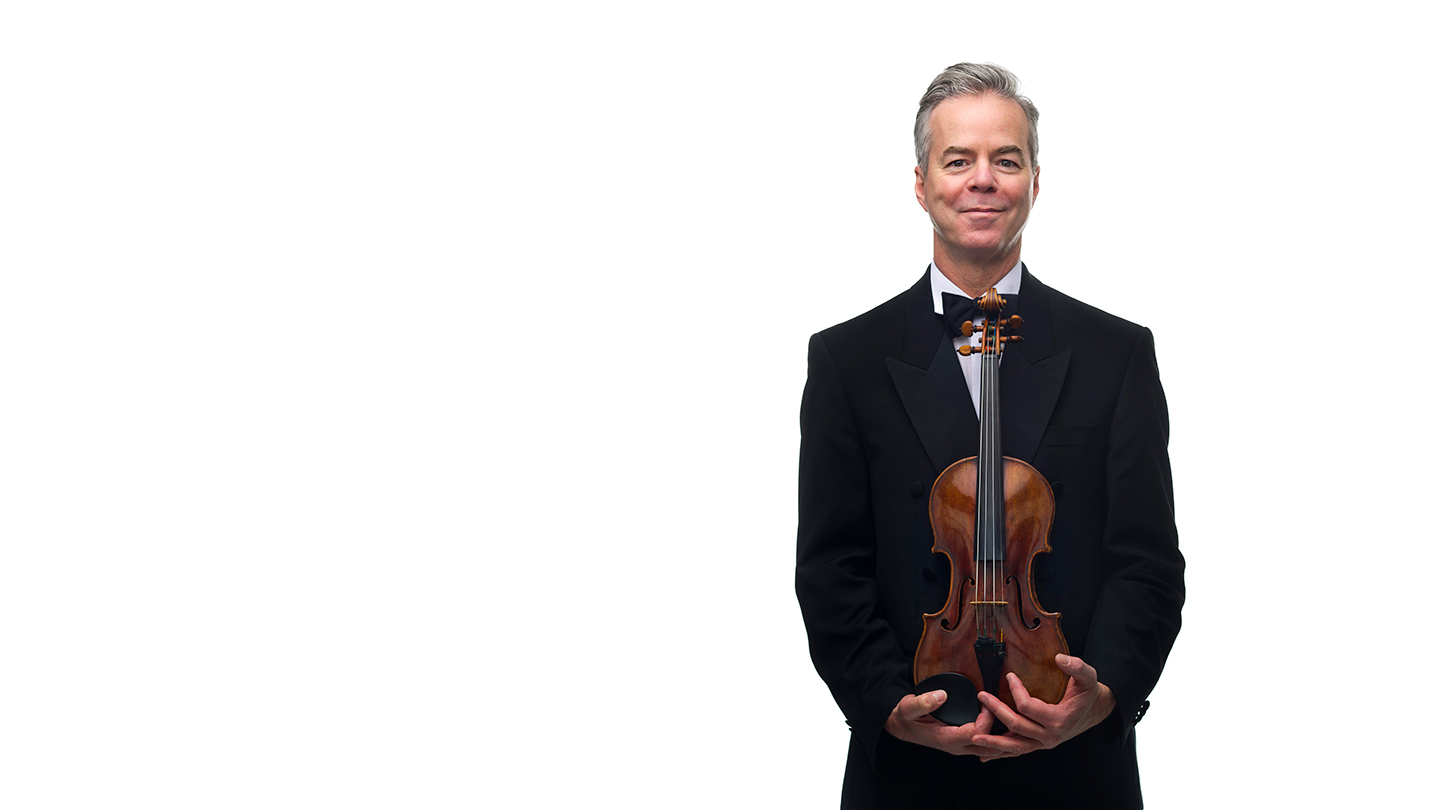 To top off our 2016-2017 Symphony Sundays season, the extraordinary Milwaukee-based violin virtuoso Frank Almond will return to perform the well-known “Violin Concerto in D minor” by Henri Wieniawski.

Violinist Frank Almond holds the Charles and Marie Caestecker Concertmaster Chair at the Milwaukee Symphony Orchestra. Now celebrating his 20th season with the MSO, he has also held positions as Concertmaster of the Rotterdam Philharmonic with Valery Gergiev and Guest Concertmaster of the London Philharmonic with Kurt Masur. In addition, he maintains an active schedule of solo and chamber music performances in the US and abroad, has been a member of the chamber group An die Musik in New York City since 1997, and also directs the somewhat notorious Frankly Music Chamber Series based in Milwaukee.

He has recorded for AVIE, Summit, Albany, Innova, Boolean (his own label), Newport Classic, Wergo and New Albion, receiving much critical acclaim and multiple Grammy nominations.  His most recent recording for AVIE is A Violin’s Life, partially chronicling the history and pedigree of the violin he currently plays, the 1715 Lipiński Stradivari. Funded by a hugely successful Kickstarter project, the CD debuted in the Billboard Top Ten Classical in its first week of release, and continues to receive enormous critical acclaim.  A Violin’s Life, Vol. 2 was released in May 2016 and also charted at the top of Billboard in its first week.

On January 27, 2014, the “ex-Lipiński” Stradivari was stolen from Mr. Almond in an armed robbery after a concert. The violin was recovered nine days later, and the story continues to make headlines around the world. Mr. Almond is extremely grateful to the Milwaukee Police Department, the FBI, and the thousands of individuals who sent messages of concern and support.

Mr. Almond holds two degrees from the Juilliard School, where he studied with Dorothy Delay. Other important teachers included Michael Tseitlin, Felix Galimir, and Joseph Silverstein.  In August 2014 he began an Artist/Teacher appointment at the Chicago College of Performing Arts at Roosevelt University, as well as a newly created Artist-in-Residence position at the Milwaukee Youth Symphony.

Mr. Almond writes an online column, nondivisi, which may be found, along with more information about Frankly Music, A Violin’s Life and the Lipiński Stradivari, at frankalmond.com.